About the Western Council of Engineers

Western Council of Engineers (WCE) is a professional organization that represents engineers and other related professionals working for various cities, counties, and other public agencies in the State of California. It is dedicated to professionally and aggressively representing its members in collective bargaining, grievance processing, and cooperation with management in discussing ongoing issues which further the interests of those it represents.

WCE has chapters in the City of Chula Vista, Contra Costa County, the Marin/Sonoma Mosquito and Vector Control District, the City of Novato, the City of Oceanside, the Port of Oakland, the City of Sacramento, the City of San Rafael, and Sonoma County (including the Sonoma County Water Agency). Its members currently include not only engineers (civil, electrical/mechanical, chemical, traffic, air quality, fire protection, and telecommunications), but also architects, land surveyors, landscape architects, environmental planners and scientists, geologists and hydrogeologists, planners, plans examiners, engineering technicians and mosquito/vector control employees.

This was one of the key features of the WCE in the beginning—to fill a “void” between the traditional unions (which, according to early WCE literature operated in a rigid framework of rights, seniority, working hours, grievance procedures...and pursued these benefits in an atmosphere of Demands, Conflict and Confrontation) and the traditional professional societies which were envisioned to further the profession of engineering and were not structured to represent or act on behalf of the individual Engineer.

In an introductory pamphlet from 1970, the founders of WCE listed six goals of the organization:

WCE was incorporated as a non-profit California corporation in 1970. Its original Board of Trustees included members from the County of Alameda, City of Santa Clara, City of Oakland, Santa Clara County Public Works, City of Concord, City of Hayward, City of Richmond, Port of Oakland, City of Berkeley, and the City of Pacifica.

The membership was to be open to “all persons practicing engineering who hold a formal degree in engineering or such equivalent training or certification as the Board of Trustees feels qualifies them to be classifed as an engineer,” as well as such “special classes” of “professional persons” that the Board of Trustees deem to be eligible for membership “in the best interests of the Council.”

Today, WCE has changed in membership but not totally in philosophy. The “professional development” aspect of WCE which was envisioned more than 40 years ago has not turned out to be the primary reason for its existence. Rather, WCE has developed as an organization which represents its members in bargaining with their employing governmental entities and in protecting the rights of both the larger group of professionals in each chapter and the individual members.

WCE represents more than 190 members in eight chapters. While WCE continues to represent its traditional classifications, it has evolved to represent a more diverse group of public sector employees. However, the goal of associating with like-minded professionals for individual and group betterment has remained constant. 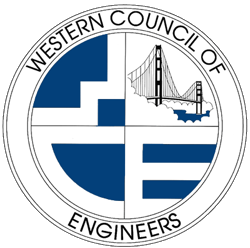